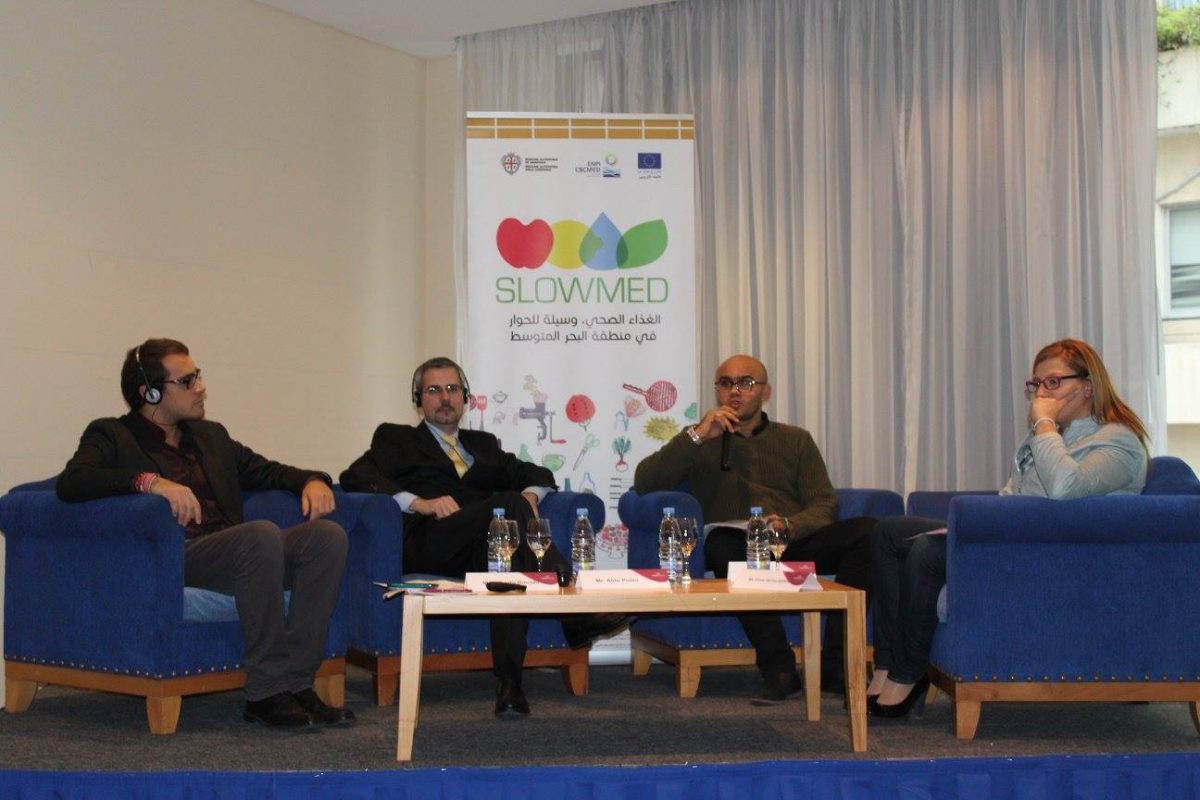 The project SlowMed – Food as a means of dialogue in Mediterranean Contexts has come to its official conclusion with the final seminar of the project, held on the 18th and the 19th of December 2015 in Beirut – Lebanon, hosted by Arab Resource Center for Popular Arts – ARCPA.

The final seminar aimed to present the final results of the project in its 2-years implementation in the six partner countries (Italy, Portugal, Spain, Egypt, Lebanon, Palestine). All the relevant stakeholders on the field of education, nutrition, arts & media as well as policy makers, social representatives and general public have been invited to join the final seminar and actively contribute to it.

This event was a unique occasion to spread the SLOWMED results and also to connect stakeholders and speakers coming from different countries who shared experiences in the field of preservation of Med Diet and cooperation at Med Level.

After a general presentation of the project, focusing on results, numbers, agreements and clusters reached, the coordinator of SLOWMED, Mr. Alberto Biondo from CSC Danilo Dolci, presented the main outputs of the project with the presence of two representatives of the Joint Managing Authority of ENPI CBC MED Programme:

The interventions and contributions by relevant actors and stakeholders were a lot, especially by those ones active in the same field of the promotion of the cooperation in the Med Basin. Specifically, the main discussions and talks focused on the following topics, relevant with the objectives of the project:

The final seminar gave to the partners the occasion to thank the great job done by the 6 Local working groups in each country composed by more than 60 artists and chefs from 6 Mediterranean countries who have worked on researches, workshops and artistic productions focusing on Mediterranean Diet, undoubtedly necessary for all the actions of the project, without which the main results of SlowMed would not have been achieved.

At the end of the meeting, all the participants could taste the final recipe cooked by the winners on the competition held during the international event in Portugal on the last September, as a perfect conclusion of a project based on sharing, cooperation, flavors and food.

As final step of the project, the partners signed the “SLOWMED Manifesto”, a value paper highlighting the results reached but also the further objectives that the partners commit to pursue, involving stakeholders and active policy makers on the field for a change and a strong input for the preservation of the Mediterranean Diet.